Will solar panel owners be charged for selling electricity to the grid? What you need to know

On Thursday March 25 2021, the Australian Energy Market Commission (AEMC) proposed new tariffs for solar panel owners who export surplus generation to the grid. We discuss the proposal and what is really means for solar owners.

Solar electricity used at home would not be affected

You can avoid the solar tariff with battery systems

Will solar panel owners be charged for selling electricity to the grid? What you need to know.

On Thursday March 25 2021, the Australian Energy Market Commission (AEMC) proposed new tariffs for solar panel owners who export surplus generation to the grid. We discuss the proposal and what is really means for solar owners. 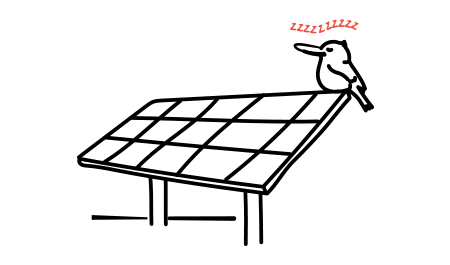 On Thursday March 25 2021, the Australian Energy Market Commission (AEMC) proposed new tariffs for solar panel owners who export surplus generation to the grid. While this has caused concern among homeowners, the tariffs are still a proposal and not an actual law. Similar proposals have been rejected in the past, and industry experts believe that applying the tariffs could take years, even with approval.

In this article, we will discuss how the new solar tariff would affect Australian homeowners, and also what it cannot do. The tariff has been called a “solar tax” by the media, but this term can be misleading: only solar generation that gets exported to the grid is affected, and not what you use at home. Even if the tariff gets approved, solar power will continue to be an excellent investment.

Power providers argue that the network was designed to deliver electricity from power plants to homes and businesses, but not to collect large amounts of distributed generation. According to the AEMC, the tariff would be used to fund the network upgrades necessary to support the growth of distributed solar. However, electricity bills already include a transmission and distribution charge, which represents 50% of the bill in some parts of Australia.

According to industry experts, a proposal like this one is unlikely to be changed in the short term. Paul Roberts, SA Power Networks spokesman, mentioned that the solar tariff requires extensive negotiation with consumer organisations, followed by approval from the Australian Energy Regulator, and finally individual approval from state governments. He believes this process could take several years, and the tariff is unlikely to appear in power bills before 2025.

The AEMC presented a similar proposal in 2017, which was rejected after major opposition from solar panel owners, consumer organisations and advocacy groups. The argument behind that proposal was the same: funding network upgrades needed to manage distributed solar power.

Feedback for the current proposal will be received until May 13, and the final ruling is scheduled for June 24. Even if approved by the Australian Energy Regulator, the tariff can still be vetoed by state governments.

Solar electricity used at home would not be affected

The proposed tariff has no effect on solar electricity that is consumed at home. If your solar panels produce 20 kilowatt-hours per day, and 12 kWh are used by your home appliances, you still save their full value. The tariff would only affect the 8 kWh of surplus production, which are exported to the grid.

The AEMC suggested a tariff of 2 cents/kWh at noon, which is when solar panels reach peak production. According to Bern Barr, chief executive of the AEMC, the earnings of a typical 4-6 kW home solar system would drop from around $970 to $900 per year. A smaller system with a capacity of 2-4 kW would save $30 less per year, while the savings of a larger installation could drop by around $100 per year.

You can avoid the solar tariff with battery systems

Since the solar tariff only affects kilowatt-hours that are exported to the grid, it can be avoided by storing that electricity in batteries. There are energy storage incentives in many parts of Australia, and battery costs in general could decrease by up to 50% before 2023.

When solar panels are combined with battery systems, surplus production can be stored and used when it provides maximum benefit. For example, homeowners who are charged time-of-use tariffs can rely on solar batteries when the highest rates are being applied.

According to the AEMC, the new tariff would penalise surplus generation at noon, but there would be incentives for providing energy during peak demand hours. Solar battery owners can use this to their advantage, and only export electricity when rewards are available, while avoiding fees.

If approved, the new solar tariff proposed by the AEMC would reduce the savings achieved with surplus generation. However, this does not mean that solar power will not be a lucrative investment anymore. The proposal already faces stiff opposition, and it requires plenty of negotiations and AER approval. Additionally, state governments can veto the tariff, and homeowners with solar batteries can avoid it completely.

Calling the proposal a “solar tax” or “sunlight tax” can be misleading, since it implies that all solar generation is affected. However, the tariff has no effect on solar electricity that is used by your home devices, or stored in batteries before reaching the power meter.

Solar Panel Insurance, What You Need to Know

How Fast is Australia Transitioning to Renewable Energy?