Australia offers a mix of favourable conditions for solar power. The country is very sunny, which makes solar panels more productive. Local electricity rates are also among the highest in the world, which increases the savings per kilowatt-hour produced. In addition, there are many solar incentives and incentives that make solar panels more affordable and easier to purchase. 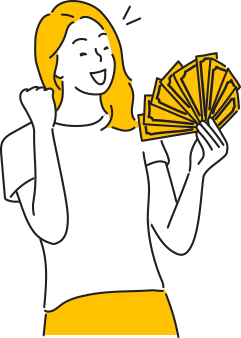 In Australia, there is a national incentive program called the Small-scale Renewable Energy Scheme (SRES). The benefit applies for solar panels, solar water heaters and heat pump systems. Depending on the state or territory where you live, additional incentives may be available from the local government.

Find out more about Australian solar incentives in 2020:

How does it work?

There is a wrong belief that Australian solar incentives ended in 2019. Actually, the government only lowered the incentive amount slightly, but the program will continue to exist until 2030. The annual reduction in incentives is a normal part of how the program works.

The STCs earned by your solar power system depend on two things: the system size and your location. Larger installations get more STCs, simply because they produce more electricity. Assuming an equal capacity, solar systems in sunny places get more STCs for the same reason – the extra sunshine makes them more productive.

In addition to the Small-scale Renewable Energy Scheme, some incentives are available at the level of states and territories. These are determined by local governments, and they are applied independently from the national incentive program. The following table summarises the solar incentives by state, along with other incentive programs and benefits.

Solar panel incentives reduce the upfront cost of going solar, and this shortens the payback period while increasing the return on investment.

The Small-scale Renewable Energy Scheme, which was described above, is the main solar panel incentive program in Australia. Being a nationwide incentive, it applies regardless of the local regulations from state and territory governments.

Additional solar panel incentives are available in some states and territories. They were listed previously on the state sections, but they are summarised below for convenience:

Local solar incentive programs are combined with the national incentive from the Australian government, reducing the cost of solar panels even further.

Battery systems are an excellent complement for solar panels, since they eliminate their main limitation. Solar panels have a variable energy output – they become less productive with clouds, and unproductive at night. However, when batteries are added, they can store electricity for times when solar panels cannot generate it.

Australia does not have national solar battery incentive, but some state governments have already introduced them:

The Small-scale Renewable Energy Scheme also offers STCs for solar hot water systems and heat pumps. Since these systems save electricity instead of generating it, the STCs are calculated based on the estimated savings. However, the end result is similar to that of the solar incentive: solar water heaters and heat pumps become more affordable thanks to the STCs.

The Victoria Solar Hot Water Incentive is the only state program that applies for solar water heaters, and it offers up to $1,000 per heating system.

Am I Eligible for a Solar Incentive in 2020?

The federal incentive for solar panels applies for all installations that meet the following conditions:

These requirements apply for all solar power systems in Australia, regardless of their location. When additional incentives are available from the local government of a state or territory, these have their own requirements as well. For example, some are limited to certain cities, while others target households below a certain income threshold. The eligibility requirements are published on the official government site that covers each program.

How to Claim a 2020 Solar Incentive

As mentioned above, the requirements for solar incentives in Australia vary depending on the specific program. However, you must get the benefits approved for your solar power system before proceeding with the installation.

With respect to the STCs, you can assign them all upfront to a registered trader, or you can claim and sell them on your own over time. However, using a registered agent is easier, and you can claim a large incentive upfront. On the other hand, when STCs are claimed and sold directly by the solar system owner, the financial benefit is spread between the installation year and 2030.

The solar feed-in tariff is the amount you get paid for every kilowatt-hour that is not consumed and exported to the local power grid. However, an FIT can also be considered a type of incentive in some cases: if the payment for each kilowatt-hour is high, the business case for a solar power system improves.

Feed-in tariffs are normally equal or less than the electricity retail price. Around the year 2010, some FITs in Australia were higher than the kilowatt-hour price, and in these cases the best option was exporting 100% of your electricity production to the grid. However, these FITs have been phased out.

The exact FIT depends on your electricity provider. However, the minimum FIT is normally established by the local government at the state or territory level. The following table summaries the range of FITs currently available in Australia:

To speak with our team of experts about your solar solution, contact us here.