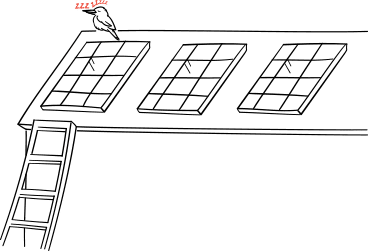 Once the poster child for fossil fuels, gas and oil, the Australian National University found renewable energy in Australia is growing at a per capita rate ten times faster than the world average. But as energy utilities race to renewables, a new problem arises. As Australia’s electricity supply becomes more dynamic and decentralised, it becomes harder to balance supply and demand, impacting grid security. The industry is looking at alternatives – and microgrids and smart energy generation are predicted to be the next big thing.

A microgrid is a local energy grid with its own control capacity – allowing it to disconnect and operate freely from the traditional energy grid. Microgrids are typically powered using generators, batteries or renewable resources within the network, and can break off and operate on their own in times of crisis like storms or power outages.

From a couple of buildings to a whole town or suburb, the long-term goal is that the energy generated by rooftop solar and stored in home batteries within microgrids can be shared between neighbourhoods – even those without their own solar panels.

Future of microgrids in Australia

As extreme and catastrophic weather events become more frequent and severe, microgrids can provide a reliable power source during times of crisis and strengthen the resilience of Australia’s energy network.

A crucial part of the microgrid is the role of batteries. Batteries undergo daily micro-charge and discharge cycles as solar generation fluctuates, such as during times of cloud cover or dust gathering.

The future of Australia’s energy supply is renewable – and microgrids may provide the solutions to dynamic and decentralised electricity generation.

Future-proof your home and make the switch to solar. Give our experts at Instyle Solar a call on 1300 133 556.

Interested to hear more about batteries? Read about it here Pros and cons of installing a solar battery