A 3kW solar system is a compact and inexpensive option for small to medium-sized houses with large bills. Is 3kW enough for your home? 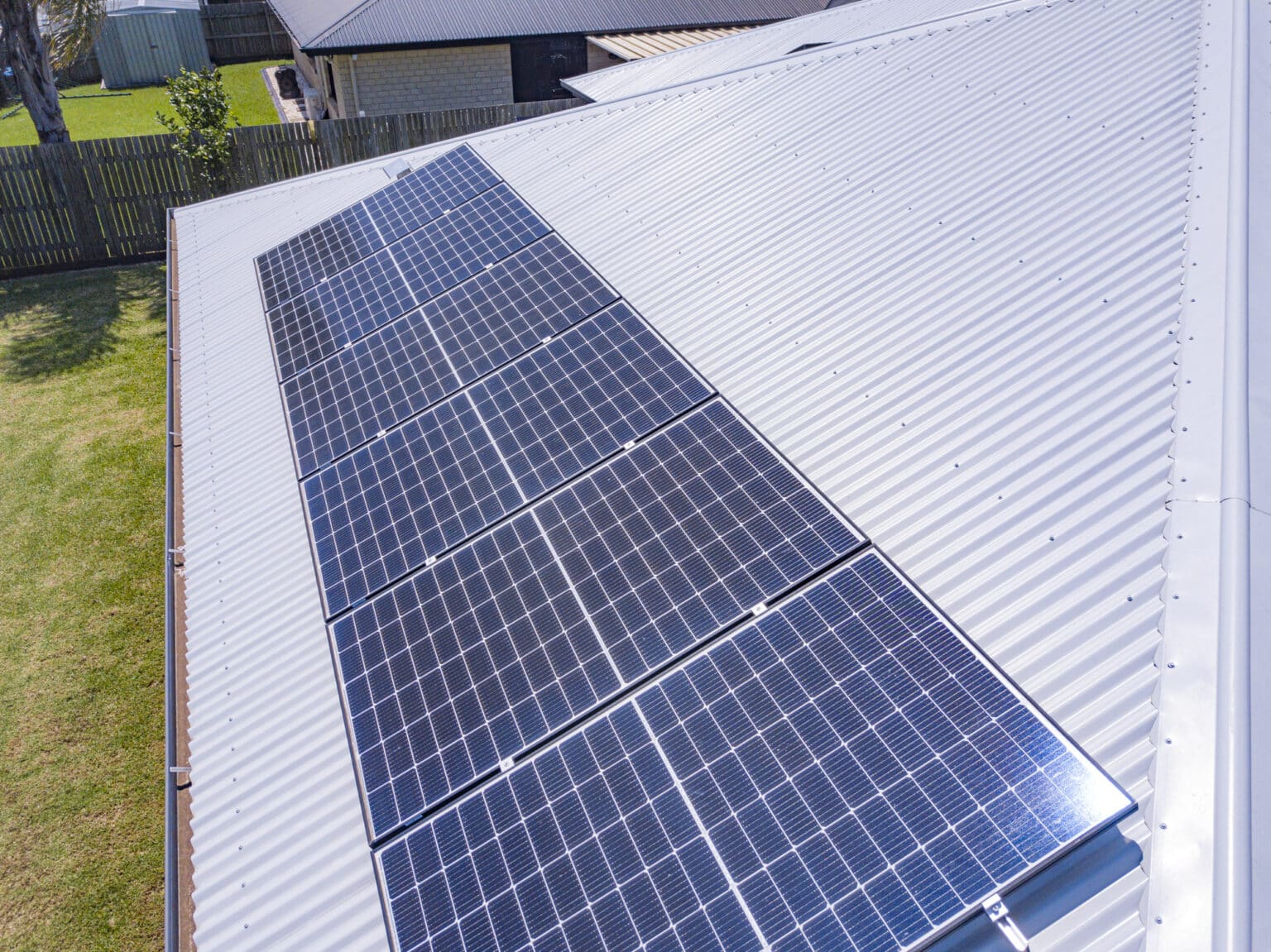 If you’re a small household that’s worried about high electricity bills, installing a 3kW solar system might be the perfect option. It’s a reliable and cost-effective approach and one of the best solar systems for a small Aussie family.

Nail down those lower electricity prices for your family now as the cost of power increases!

This article will advise you about the cost of 3kW solar systems, their energy output, how many panels they contain, and – most importantly – how much you can save by owning one.

Is a 3kW Solar System Suitable for My Home?

Absolutely. If you’re a small family of two to four people in a medium-sized house, then a 3kW solar system is ideal for you.

Your house’s roof will determine the size of the solar PV system you receive: the greater the installed system, the more energy it produces.

The optimum location for installing the panels is on a north-facing area of the roof. This will also decide how many panels you can install altogether.

A 3kW solar power system will produce approximately twelve units of energy per day (known as kilowatt-hours or kWh).

This accounts for almost two-thirds of the power usage in a typical Australian household.

That being said, the total solar output of a 3kW solar system is 4599 kWh each year.

How Many Solar Panels are in a 3kW System?

Below is a table showing how many panels you would need for a 3kW system, with varying power outputs:

Do I Have Enough Roof Space for a 3kW Solar System?

If you have this much space available, then you’re good to go!

It’s best to position your solar system so that it receives direct sunlight. You can also ask a solar installer to come out and examine your roof size and orientations. They can determine which size would fit best.

With today’s technology, your local solar installer such as Instyle Solar can even use Google maps to define the size and direction of your roof.

How Much Does a 3kW Solar System Cost?

According to the CEC, a quality 3kW solar system installed on your rooftop costs roughly $2,800 – $5,600 depending on various factors.

The price of the system would be $1300 more than this before applying the rebates and incentives. You should be entitled to approximately $1,300 in reimbursements, bringing your net expenses to approximately $4,000, once your installer claims STCS.

On a positive note, the cost of solar has dropped over the years.

How Much Will a 3kW Solar System Save You?

On average, a homeowner who has installed a 3kW solar system will save $815 per year or $20375 over the lifetime of the system. This is based on the assumption that the homeowner installs the system on a north-facing roof, has an energy bill of $450/quarter or greater, has no shading, and uses 50% of their produced energy in the home.

The amount that a homeowner will save is dependent on a number of factors such as:

1) When you use power at home.

2) The amount of electricity you consume.

3) The orientation and efficiency of the panels.

For most homes, when you use power has the largest impact on how much you can save. Why is that?

The time that you use power, and when the power is produced, dictates how much of your valuable solar energy flows into the grid rather than your house.

This is important since most energy providers pay roughly 8c per kWh purchase power, compared to the 30c per kWh most people spend to obtain power from the grid.

What is the Payback Period for 3kW Modules?

A 3kW system’s expected payback time can be as little as three years. This will depend on the cost of the system, where you live and how much energy you consume, and your interest rate if you financed the system.

If you don’t export any energy, it will essentially pay for itself in less than three years, assuming you spend 30 cents per kWh for imported electricity. However, if you export power to the grid, you will save less, and this will extend the payback period.

If you have financed your system, you may pay more in interest over time, meaning the payback period will increase also.

If you pay in cash, your savings will be more substantial than the interest you would have gained on the $4,000 sitting idly in the bank.

Check out the table down below for information on payback periods by location:

How Long Will a 3kW Solar System Last?

Depending on the solar panel type you choose for your 3kW solar system, you can expect it to last in the range of 20 – 30 years. In most cases, product warranties will cover any potential issues for at least half of that period, as most panels come with a 25-year warranty.

Your solar system requires minimal maintenance, and if you take good care of its parts, you can expect an average lifespan of over 30 years. Manufacturers usually guarantee that solar panels’ performance is unlikely to drop below 80% within the warranty period.

This is referred to at LetiD. LetiD stands for Light and Elevated Temperature Induced Degradation. Panels of higher quality are more resistant to this degradation and perform at their best for longer periods of time.

Solar panels degrade on average by 0.8% annually, according to a 2012 report from NREL. You can expect your panel to last for 25 to 40 years as long as it is not damaged by external forces. The efficiency of solar panels will reach 80% by the year 25.

Plus, the good news is that the size and wattage of a solar system don’t impact its lifespan, and in milder climates, panels are able to retain 95% of their production capabilities after 20 years of use.

Keep in mind however that a residential solar inverter only lasts about 10 – 15 years (with warranties lasting up to 10 years), so you’ll need to replace it eventually.

How Much Power Does a 3kW Solar System Produce?

A 3kW solar system generates roughly 12 kWh of power every day. This amount is impacted by the average sunlight received in your area, the weather, and the orientation of your solar panels.

This is because on average, an Australian household receives 4.2 peak sun hours per day. A peak sun hour is the equivalent amount of sun received during the middle of the day. So while a solar system is in the sun from sunrise to sunset, the sunlight is closer to spending 4.2 hours in the sun during midday. A 3kW system will produce 3kW of power every hour, so over 4.2 hours, a system will generate roughly 12kWh.

The amount of direct sunlight available where you live is the primary factor in calculating how much power your solar panels will generate, as the weather and climate will impact the total sunlight received.

Additionally, the orientation of the solar panels will impact your system’s ability to absorb direct sunlight. The best orientation for solar panels is north, at a 25-degree angle, on a single roof face.

Will a 3kW Solar System Power Your Home?

Yes, this solar system can definitely meet your energy requirements.

A 3kW solar panel system can power most appliances in a modest-sized house with two to three occupants.

It can generate up to 2,500 kWh per year, which should be enough to power all of the standard appliances in a 1-bath, 2-bedroom home.

Here are twelve examples of appliances that can be powered by the solar panels of a 3kW solar system:

A 3kW solar system producing an average of 12 kWh per day / 2,500kWh per year will eliminate a considerable portion of your appliance’s usage, thereby reducing your energy costs.

Can I Install a Battery with a 3kW Solar System?

Suppose you want to add a battery to a 3kW solar panel system. In that case, you need to consider whether your system will produce enough electricity to fully charge the battery.

If you consume less than 10 – 12 kWh per day, a 3kW hybrid system should be adequate for your needs.

However, you can still combine a solar battery with your 3kW solar system if you aim to reduce your electricity bills.

If you intend on choosing a battery-ready system and adding solar storage later on, then get a more extensive system such as 5 kW or 6 kW.

Should I Consider a Smaller or Larger System?

If you’re reading this article, you’ve probably figured out that 3kW is the optimum size for your home. It’s possible that your electricity usage is low or that you don’t consume much power throughout the day.

Consider what size solar system you need and your energy needs.

If you live in a small-sized home with few appliances, then go for a smaller system; however, install a larger system if your energy needs are higher.

Interested in getting solar for your home? By clicking below you can use our smart solar calculator to find out just how much you can save with solar, what incentives you are eligible for, and the impact you will have on the environment.

Join over 20,000 homeowners who have made the switch with Instyle Solar, or the 1000+ positive reviewers who have been more than satisfied with their solar install.

Ready to Start Saving with a 3kW Solar System?

Let’s calculate exactly how much a 3kW solar system could save you on your bills! Click now to get started.
Start now